Your Brain on Dreams 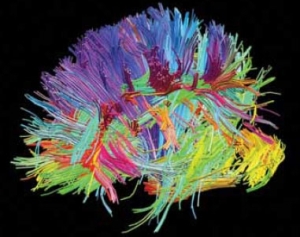 Sure, equating dreams with thinking might seem at first to make dreams less interesting or less meaningful. But I believe that understanding the brain basis for dreaming makes them all the more intriguing and significant.

After all, knowing the science of how the heart works, and the biochemistry of oxytocin which is released when we embrace another person, or even when we pet a dog or cat, doesn’t make love any less desirable, mysterious, or spiritually significant, does it?

Likewise, understanding a bit about the brain science of dreaming will deepen your connection to your dreams.

The logic behind those illogical dreams

For example, ever wonder why dreams seem to operate in their own world of crazy logic? Well that’s because at least two important regions, the dorsal lateral prefrontal cortex (DLPFC) and the precuneus, are de-activated during rapid eye movement (REM) sleep, the period when most dreaming takes place. This makes it difficult to fully exercise short-term memory when we dream, both within the dream and upon awakening. Thus you might dream your college professor is dancing with your deceased mother, even though the two of them never met in waking life. This also helps to explain why it’s difficult to recall dreams on waking. Making decisions or directing our will is likewise difficult while dreaming because of these changes in brain activity during sleep.

The dreaming brain is highly active and operating with a different chemical makeup that gives it a distinct array of abilities as compared with the waking mind. But a lot remains the same, too. Thoughts, attitudes, memories, and feelings result from brain activity when awake. When dreaming the same is true—just with altered brain activity. If we see these alterations as imperfections, or evidence that the brain is simply firing on too few cylinders, it is easy to dismiss dream content and write it off.

If, on the other hand, we accept dreaming as a different but valuable form of consciousness, there is much to learn, wonder at and explore.

Catching up on my reading, I came across this in The Sunday New York Times Magazine’s story, “Tell it About Your Mother: Can brain-scanning help save Freudian psychoanalysis,” by Casey Schwartz:

“Throughout Freud’s writings… again and again [Mark Solms, neuropsychologist and Freud scholar] said that he was eagerly looking forward to the day when it would be possible to reunite his observations from the psychological perspective with the neuroscientific ones.”

The day has come! This is an exciting time to be exploring dreams and the unconscious, taking advantage of what we know from science, psychology, and mysticism.

Filed under Dreams and Consciousness

3 responses to “Your Brain on Dreams”