The Greatest Story Ever Told…by your Inner Author

“Art is the lie that tells the truth.”

I recently re-read one of my favorite works of fiction: Life of Pi, by Yann Martel. The main character narrates 94 chapters about his life and death struggle as a teenage boy lost at sea in a lifeboat with a Bengal Tiger. When he is finally safely ashore after 227 days adrift on the Pacific, his interrogators disbelieve his riveting tale. Pi then tells them a much briefer story that is dry and yeastless, as Pi himself would say, but very believable. He then asks his interrogators to choose the better story.

Who wouldn’t choose a story of adventure, keen wits, spiritual heroism and physical courage –over a story of base human instinct and brutal survival?

As Martel also points out in this novel, the Bible itself, the best-seller of all time, is a literary work that expresses deep truths that simple facts, no matter how correct, cannot convey.

Our dreaming mind, I would contend, is among the greatest artists: literary and visual, of all time, creating riveting, often-hair raising tales, in a matter of minutes. 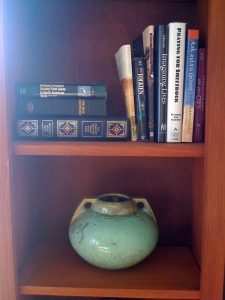 Like great works of fiction, dreams too take a slice of life and record it in narrative form, using metaphor, dialogue, character, symbols, and other literary and even cinematic devices.

By day we live the facts—that is, the nonfiction of our lives. By night we “read” the fictional versions that our minds create.

The careful reader can surely extract the deepest of truths from these nightly fictions.